It’s that time of year again! Watchouse 2016! Four days and three nights in our own little oasis. Last week I casually mentioned it in my post about finishing the boat. What fortuitous timing! We didn’t have to use the raft again! Now, making a bit of a spectacle of ourselves on the quay is a bit of a tradition what with furiously hammering together a ramshackle driftwood raft as the tide races in. This year we had little Snipe. And thank god! On one of the biggest tides this year there was no way we could have controlled it in the currents, even once we could touch the bottom again! We loaded the boat as the tide came in, getting ready to leave at the top of the tide, when the water would not be racing. By this time, however, we were waist deep on the quay and clambouring onto the boat with a large crowd watching. Par for the course really. And we were off!

As ever the weekend was about friends, food, and fun. Mornings usually saw a big breakfast followed by sailing expeditions on Snipe. One morning we headed down to the point and anchored. The boys jumped out and swam around the boat. We girls waited to see if they could get back in. Only barely! The seals were basking as we were!

The lovely Fiona and Jackson from Oystercatcher Catering provided meal after meal of joy! Afternoons saw lunches, kubb, fishing, and yoga in the sun. We really lucked out and the weather was sunny and warm. Later in the afternoon beer and cocktails came out leading up to some fantastic dinners. I don’t know how Jackson manages to produce the quality of food we eat in that ‘kitchen’ (and I use the term loosely). Pallella, rich and creamy fish stew, and mega-BBQ followed by cheese and red wine. There is something about being out in the sun and wind all day that makes you sleep amazingly!

Now, things couldn’t go too perfectly, and on the way back our engine conked out while we were preparing to enter the cut. We threw down our anchor and came up with many possible senarios for getting all of us back to land with our belongings. But lo and behold, up comes our friend Chris who helped us get Snipe back in the water. And who then gave us a tow back…? Bless them! We arrived in style on the quay under tow and created another mild spectacle just as we would have had the raft been there. Its just fate!

Another spectacular year on Blakeney Point. Already looking forward to next year!

We’ve been living by the sea in Norfolk for two and a bit years. This is the first in a series of four photo essays documenting each of the seasons on this coast. With the glorious summer of 2014 just passing, it seemed the right place to start.

The photographs were mainly shot on camera phones, a discipline with its own challenges. 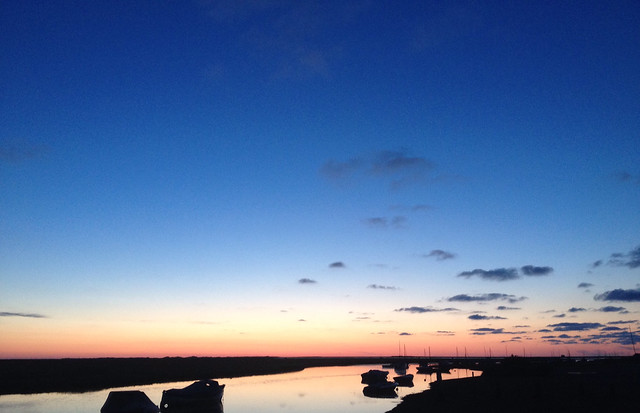 I returned home to Blakeney Quay after kayaking the harbour on a warm, still July evening. Turning to look back north and west, the quiet glow of the summer night sky continued long after the sun went down. We see this rainbow of the dusk each night from May to July as we walk up to bed, looking out from the staircase window and framed by the gables of old houses. In June it is still there at midnight. 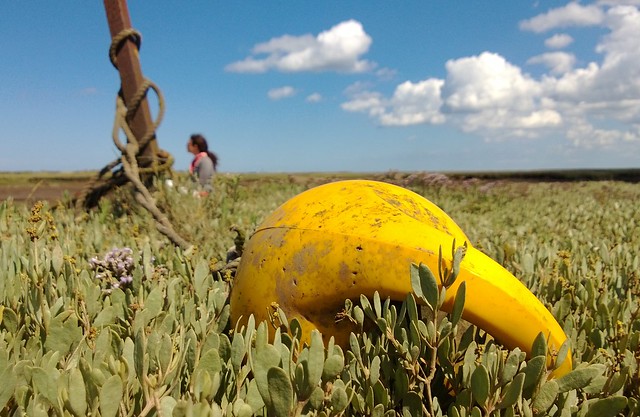 Purslane and muddy sand, the bright colours of mooring buoys and the blue expanse of the Norfolk sky. Taken as we sat for a quick picnic at Burnham Deepdale, on our way to collect weekend house guests from Kings Lynn station – a recurring theme of summer when your family realises you live in a house by the sea with spare bedrooms! 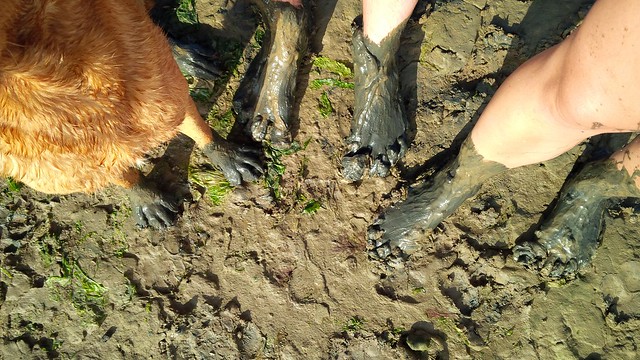 Ankle deep in squelching mud from a walk down the harbour at low tide. It’s always fun to see how visitors from the city react to what our little nephew calls ‘The Blakeney Blurgie’. 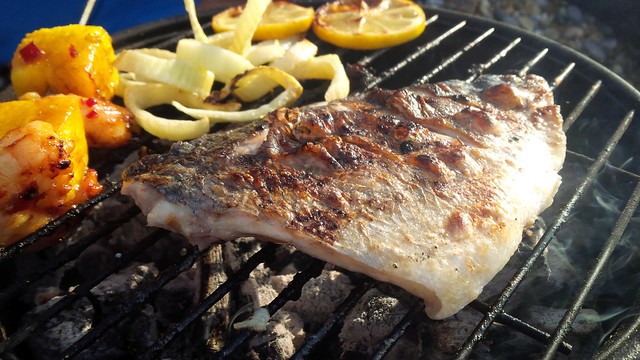 Taken at Cley Beach, cooking locally caught fish over a charcoal grill. Light the barbecue, dive into the waves and swim as the smell of the fire drifts over the water. By the time you’re out, the coals are ready to cook. We love it best on a Sunday evening, when the coast empties of weekenders and there’s still time for an evening on the beach before the working week. 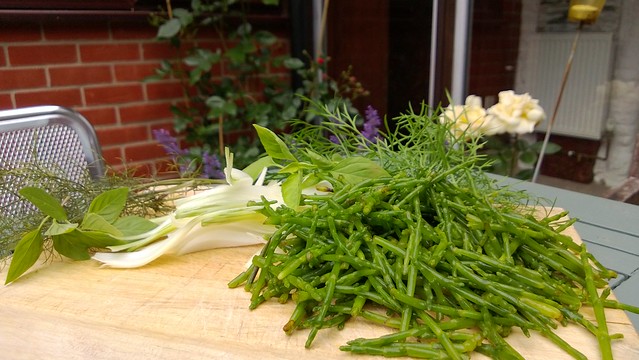 Samphire is at its most tender in early summer. We always pickle some to stow away in jars and eat at Christmas. I love to go early on a summer’s morning to cut a few tips for a breakfast of scrambled eggs and samphire on sour dough bread. 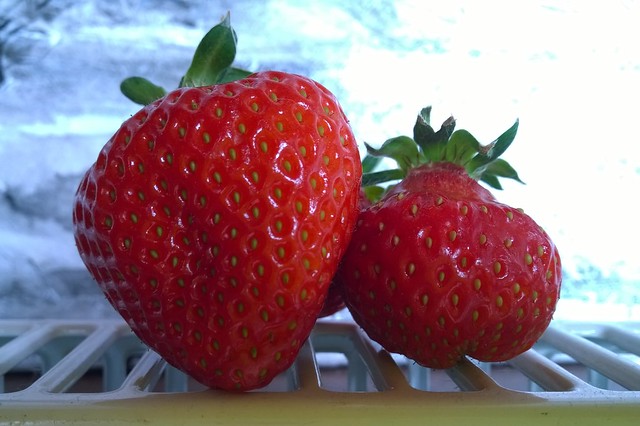 The summer of 2014 will be remembered for the endless bounty of strawberries. These were some of our own and, once we’d picked all those, we had them for several months from neighbouring Wiveton Hall and Sharrington, a few miles inland. 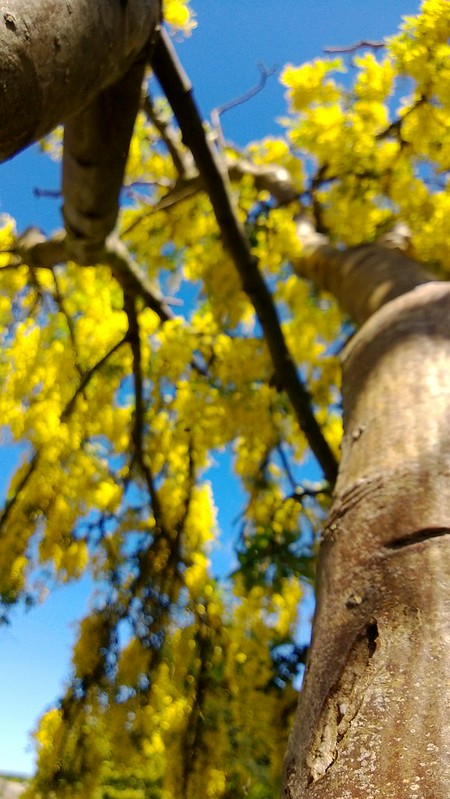 Picnicking in the church yard at Cley under an impossibly blue sky. 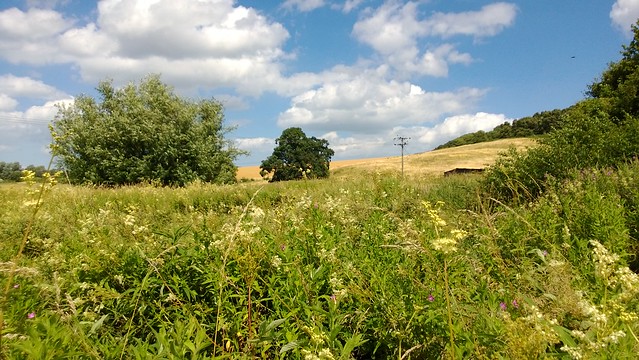 Taken in the Glaven Valley, between the ford at Glanford and Bayfield Hall. It is a staggeringly beautiful spot and sometimes I’ll just stand on the bridge looking South down the valley, drinking it all in. 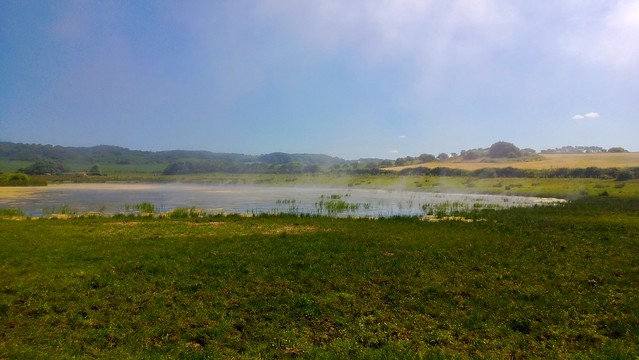 It was one of those special days when the summer sun is high in a blue sky, but little patches of coastal fog hung beside the sea. This was taken at Kelling Quag, a remote pond you pass on the way down a long lane to the deserted beach at Kelling Hard. 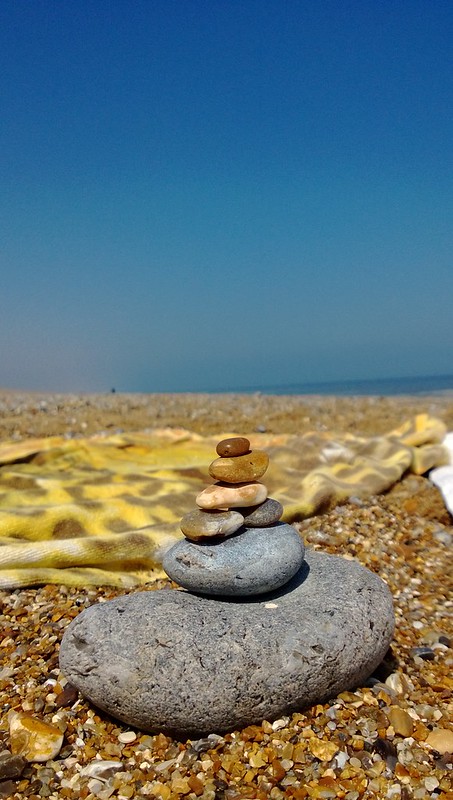 It is impossible to sit on one of Norfolk’s pebble beaches and not play with the stones: to throw or collect or build. Cley, after a swim. 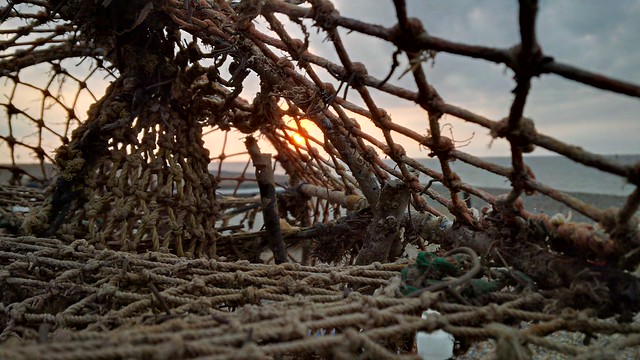 The sun sets over the water at Cley Beach throughout the summer. We will often sit in the lee of an old fishing boat, between the sea and the pots, keeping warm by the charcoal barbecue after an evening swim.

Last night Marek and I did one of our traditional summer ‘after work BBQ’ at Cley Eye. Until recently we just called this Cley Beach, but after a visit to the Cley Art Festival we realised a bit more of the history here. But more on that another time.

Last night we headed down to the water front around 8:30 and fired up our mini portable BBQ for some steamed fish in foil, pre-baked sweet potatoes, and fresh grilled courgette from the garden. Dinner time entertainment was provided by some little people in and swimming around their grandfather in his kayak. This was until the discovered they were being watched by a young seal! How cute. Once discovered, he splashed them and swam off. All the while a fantastic sunset carried on in the background. The after-sunset was even more spectacular as an orange blaze painted the clouds with purple shadowed background.
The birds were also enjoying their evening, dive-bombing the water to grab the fish for their dinner. Presumably the was what brought our seal friend in the first place.
Dessert was bake banana filled with chocolate from the fire embers. It was a beautiful evening and for a Monday, not too shabby. Who said this was just for the weekend?