Ah well we have been distracted a great deal since Christmas. No excuses really. However, a season of adventure in the outdoors is upon us and I thought we would just jump back in! Shall we start with some flower power?! 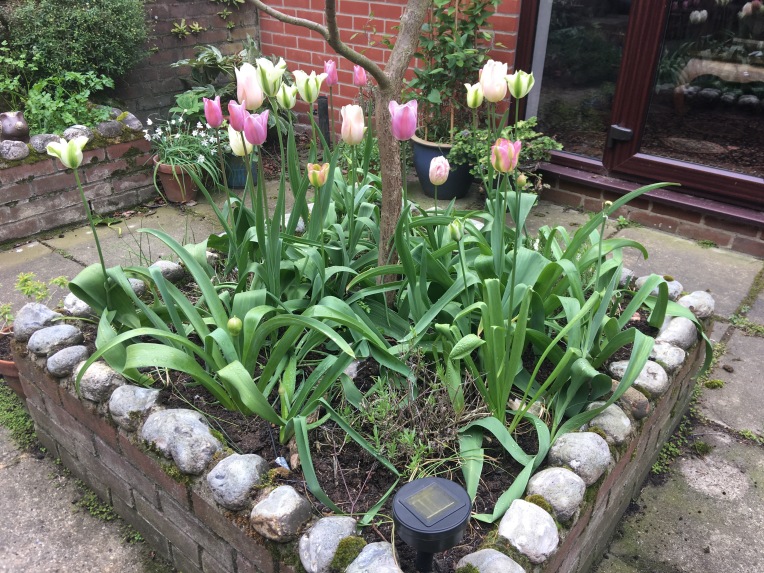 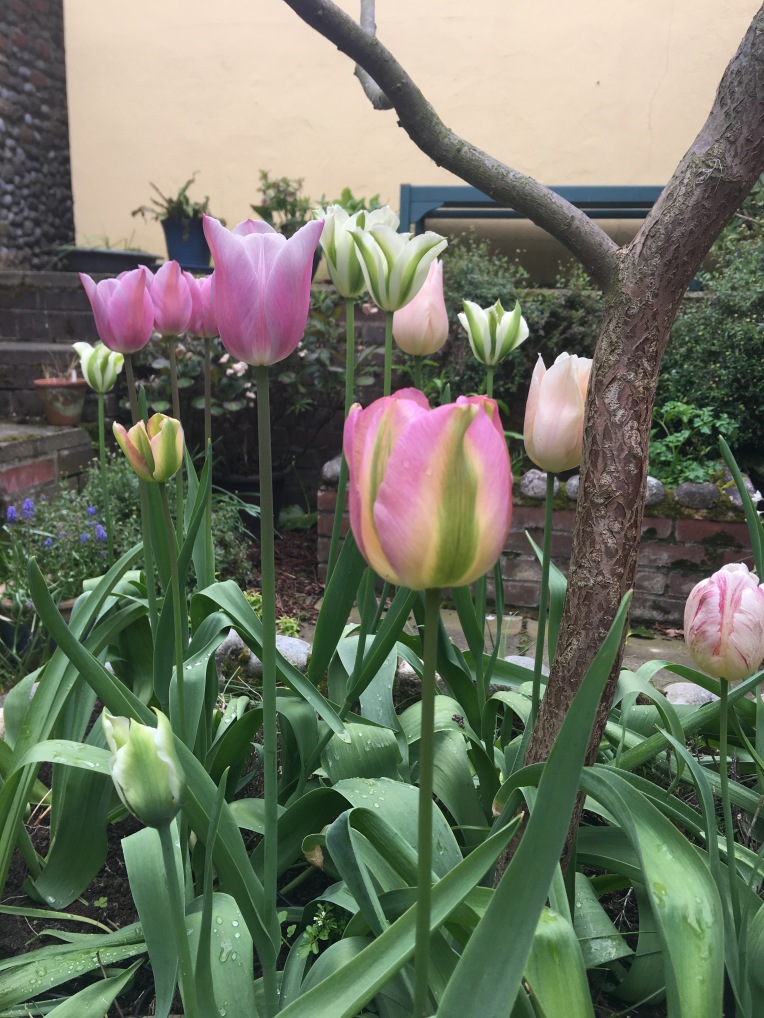 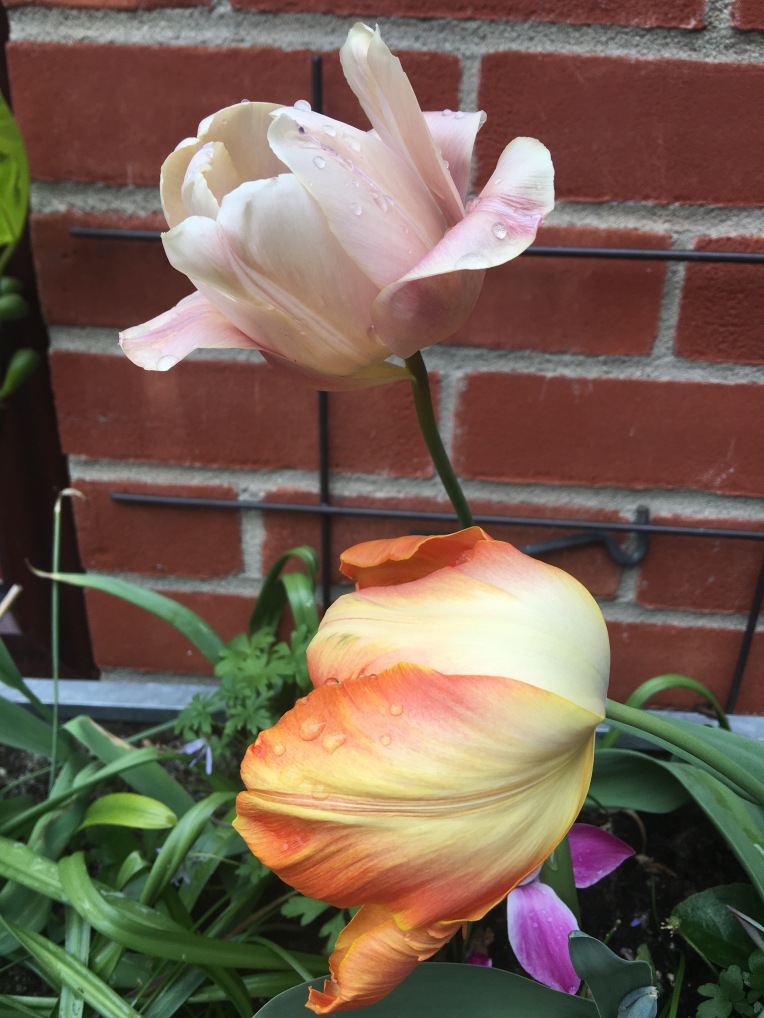 They are glorious every year! But the allotment tulips this year outdid themselves! They all bloomed at once instead of in succession over 2 months. But I am not complaining! 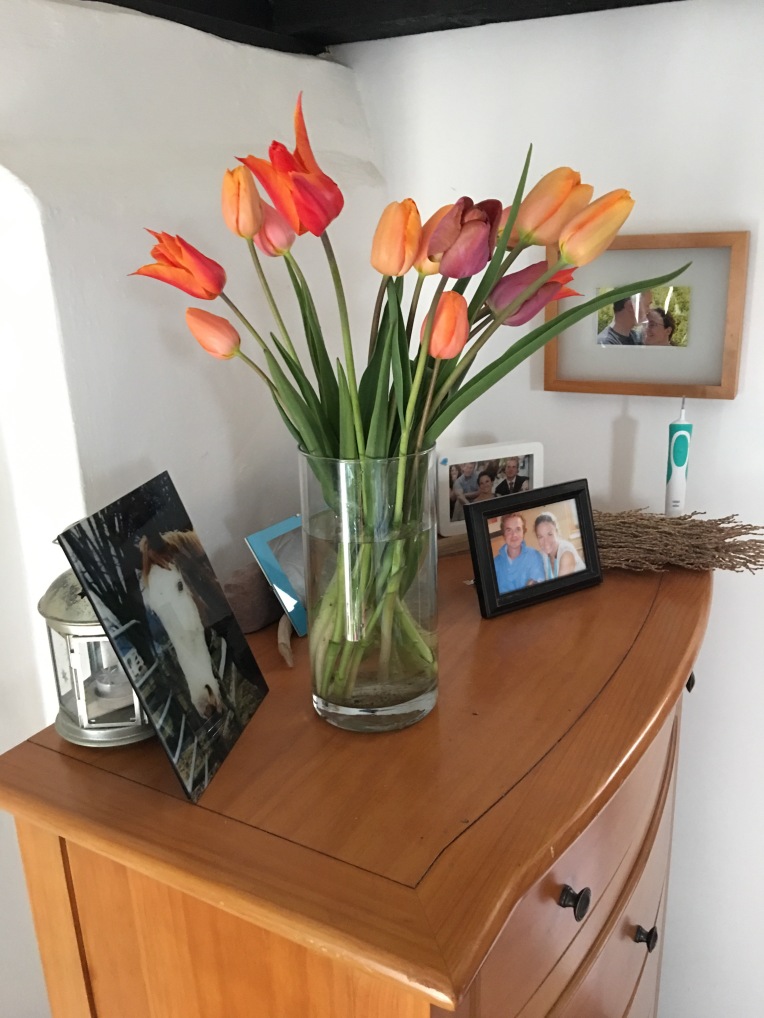 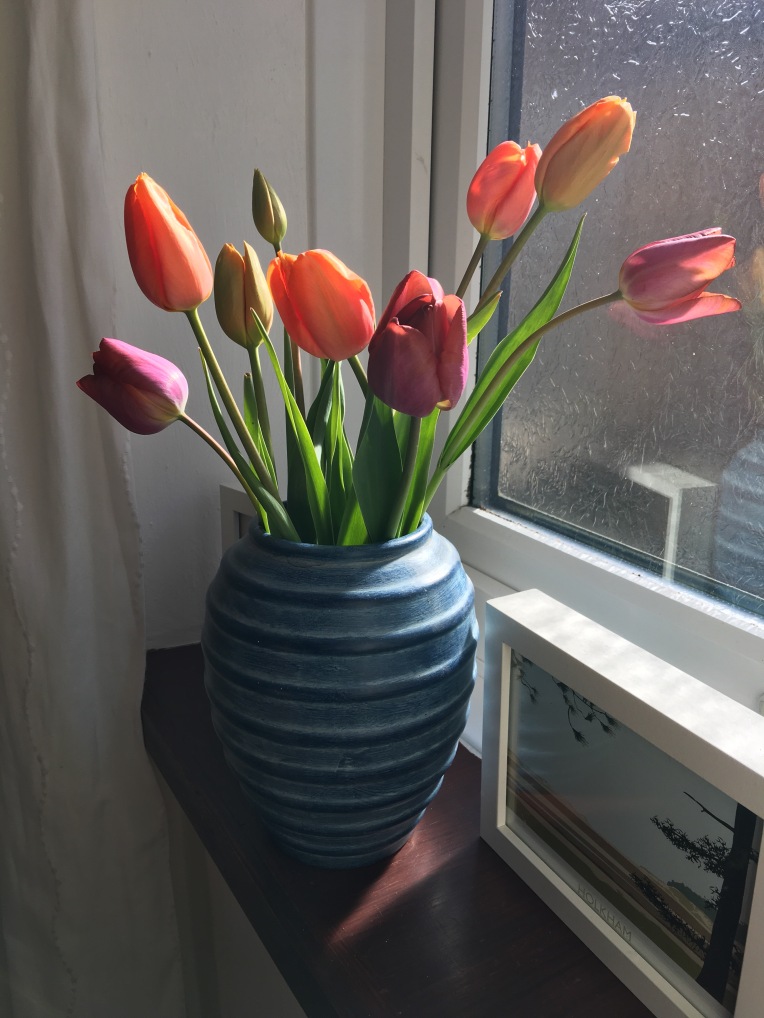 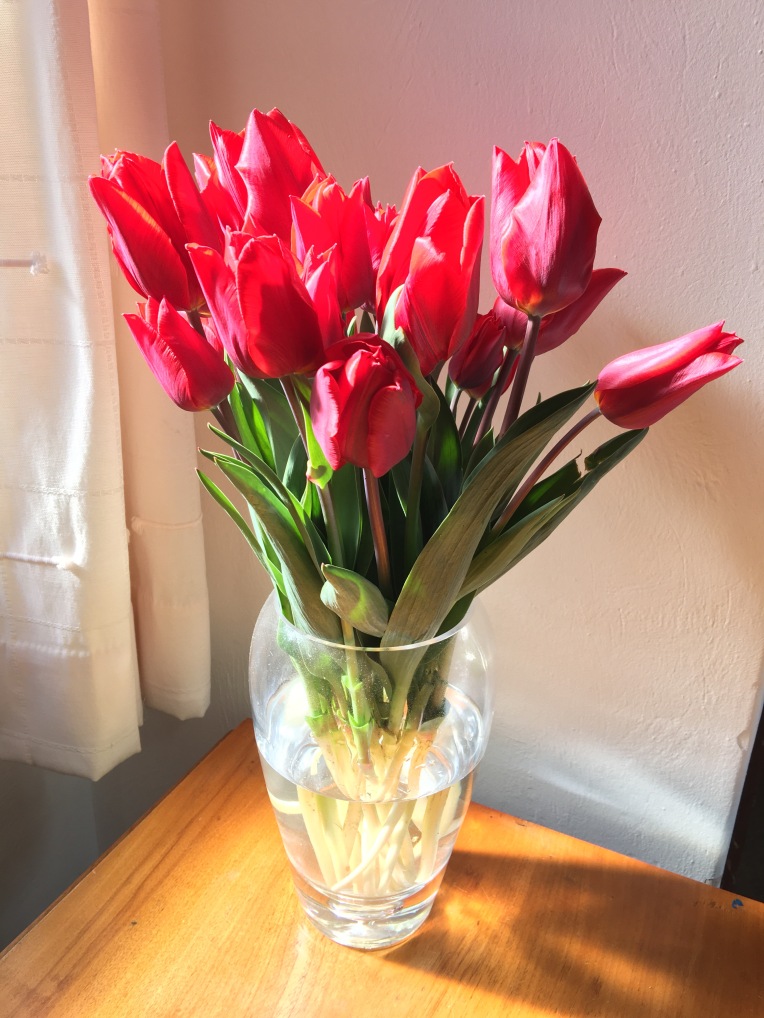 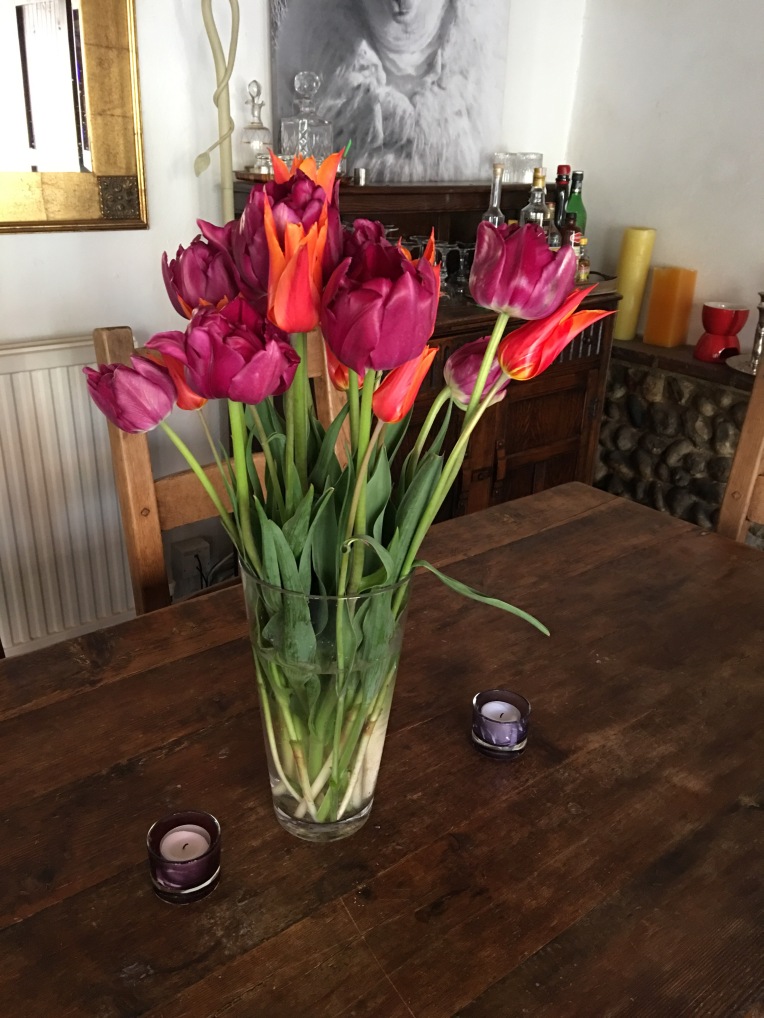 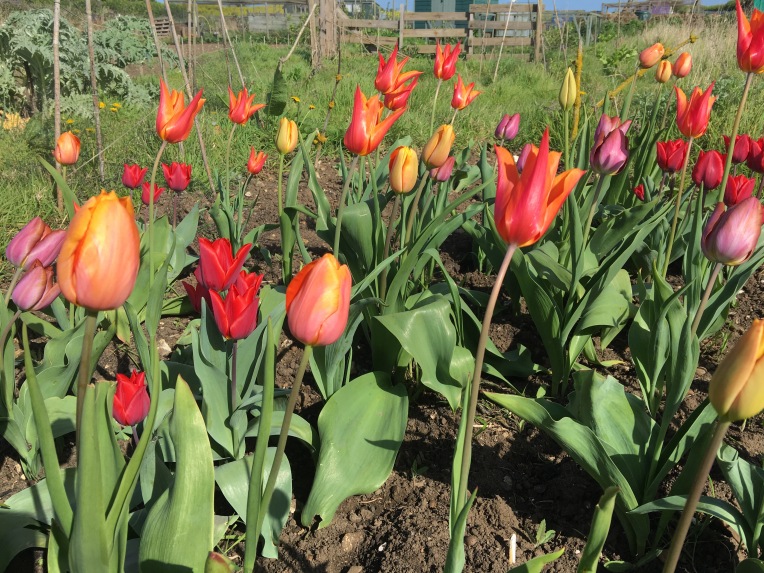 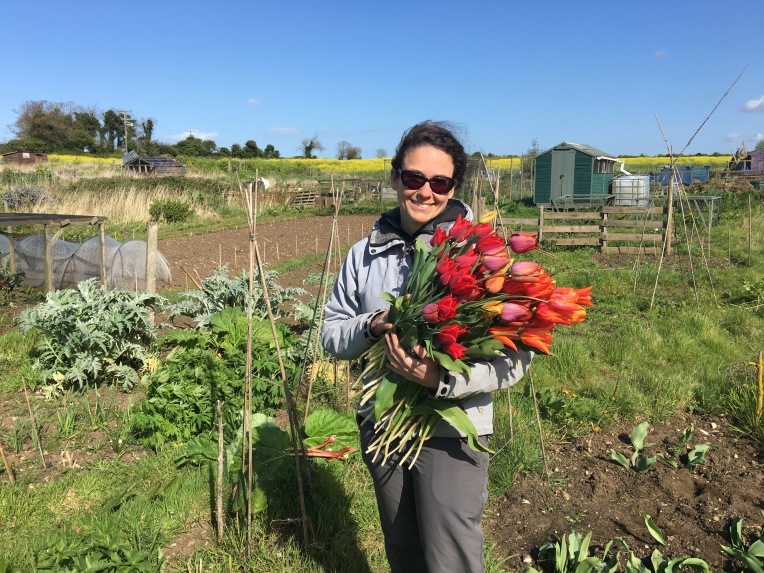 Aren’t I a lucky girl!

But the major surprise of this season so far was the Norfolk tulip fields. I was not aware of these until mid April, so almost missed them. But now I know, it is not that surprising as our soils and climate mirror that of Holland across the North Sea. Here they grow the tulips for their bulbs! So they clip off the flower leaving the stems to nourish the bulbs before digging them up to be heat treated elsewhere.

Luckily we found the field as they were cutting or we could have missed the season all together! This one was between Gayton and East Winch, although there are several throughout West Norfolk and Lincolnshire. 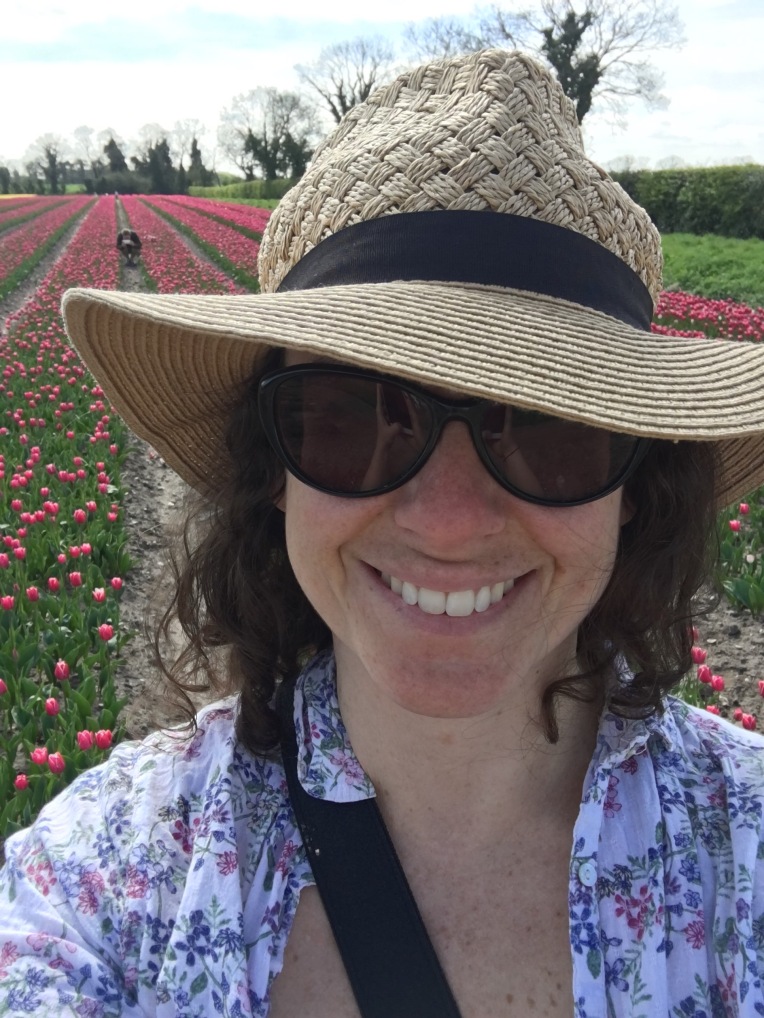 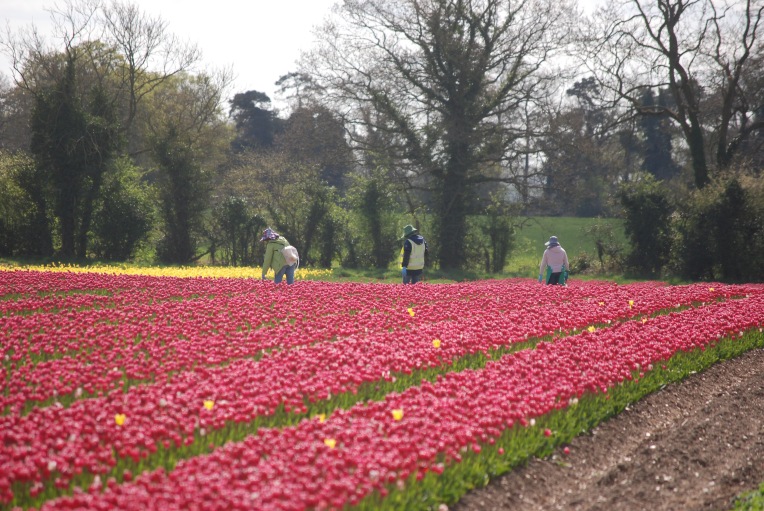 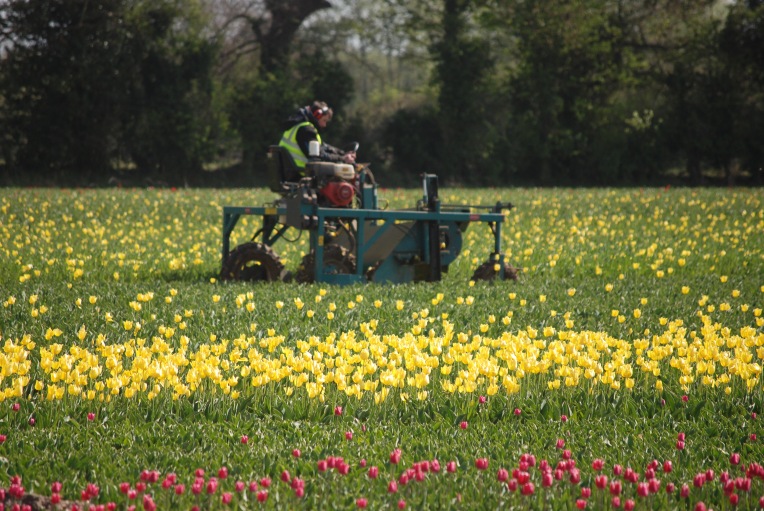 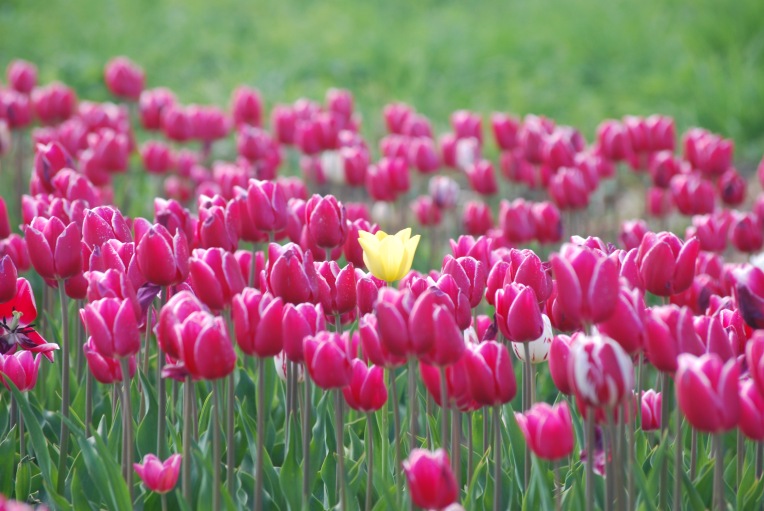 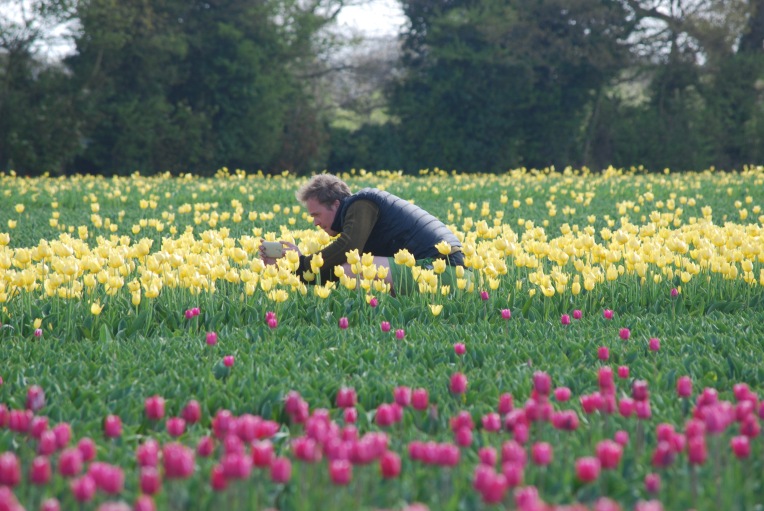 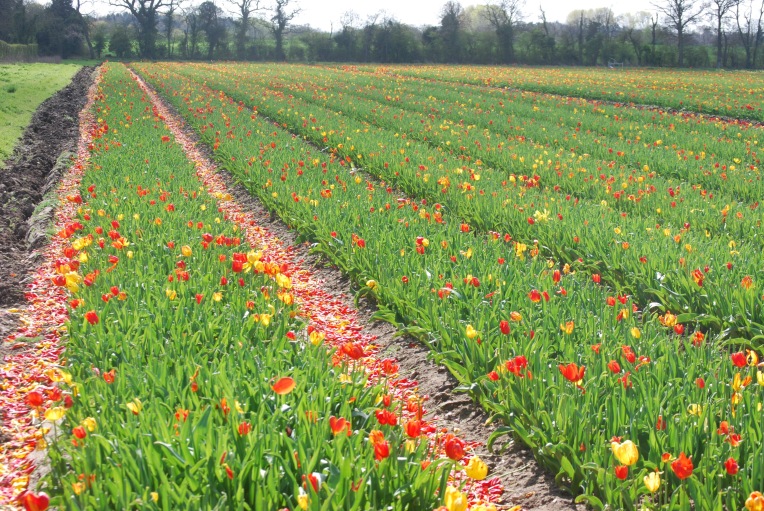 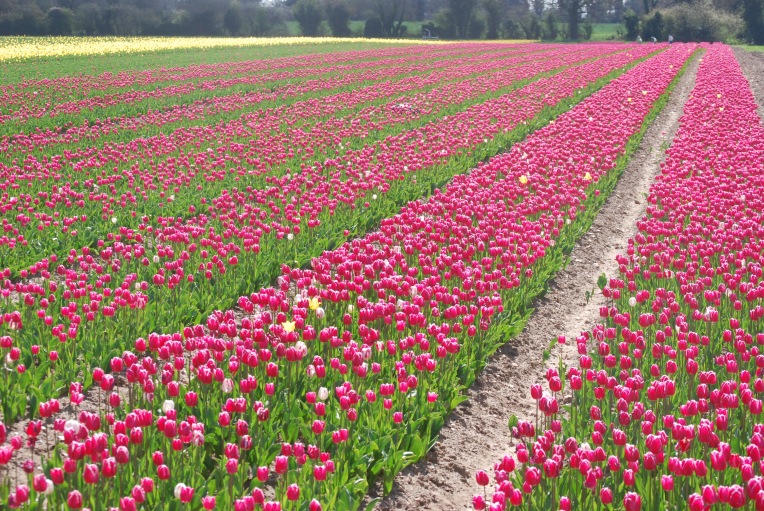 There is a new twitter tag from coachcottage (Instagram account) going around to try and let people know about it next year. #Norfolktulipfestival see you then!